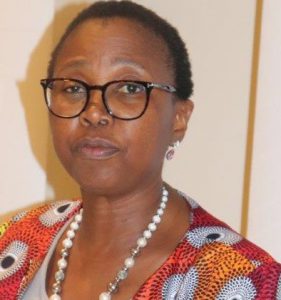 Ms. Gabisile  Gumbi-Masilela hold a Master’s Degree in Organizational Development and Labour Relations from the University of Massachusetts at Amherst in the US, and she has more than 30 years of career span  and 17 years were in the public service, She started as the lecturer at the university of the North (now Limpopo) in the department of Sociology.  Then proceeded to the Council for Scientific and Industrial Research (CSIR) during this period was seconded to the Presidency for six months during President Mandela’s tenure under the Minister without portfolio, the worked in a water NGO the Mvula Trust, before joining the Public Service in 1997.  More than 10 years of her career was spent in the Local Government sector responsible for the consolidation of the various infrastructure grants from various national departments into the present day MIG among other things.

In 2005 she left the national government and moved to provincial sphere of government to KZN as the HOD for Local Government and Traditional Affairs now COGTA, she then moved and became the HOD of Human Settlements and then on to the Municipal Demarcation Board as a CEO.  She then moved into consulting and during this time trained as an executive and life coach and is a member of Comensa an association of coaches in South Africa.

She served in various Boards as a Director namely; The Municipal Infrastructure Investment Unit (MIIU), The KZN Growth Fund and the uShaka Marine Word. A mother of three and a grandmother to two beautiful girls.